Tal Joffe is a web development director at Nielsen, where he is also a co-organizer of the "Big Web Theory" meetup group, editor and writer for the Nielsen Tel Aviv tech blog, and champion of design best practices, functional programming, and clean code. Tal combines his passion for technology and methodology to create happy, effective teams that deliver great results.

(I wrote about this topic here in more detail.)

As engineering managers, we are often focused on leading and making decisions on technology and projects and not as much about people.

Since we cannot do everything ourselves, we have to rely on our people to do things for us, plan, deliver and make decisions. Without giving feedback, we have almost no control over the outcome of their work (unless we tell them exactly what to do in each step which we don’t want).

This entire framework for feedback only works if you have trust between yourself as the manager and the team. It’s important to communicate that feedback is being used to help build each person in your team and your team’s best interest. I encourage you to provide some context by sharing your resources with your team and your feedback.

Speaking of helpful resources, I want to shout out to Manager Tools. I learned a lot from their programs, and you can find free podcasts and resources on their website.

With that being said, I want to highlight some key learnings about delivering feedback that I’ve learned from other resources and personal experiences.

So how should we deliver feedback? And how does feedback look in a remote environment (I touch on this topic more later in this article)

Here’s a scenario in which I practiced rules 1-5.

I once had a direct report who appeared demotivated for several reasons before I joined the team. I noticed repetitive behavior where he seemed to be in a sour mood, and as a result, I gave him feedback that his emotion was negatively affecting the team. In response, he claimed that he “wasn’t demotivated,” and I was placed in a position where my feedback could be disregarded. Instead of focusing on his emotions, I decided to describe the current action and provide suggested actions he should implement differently. I also focused on one action and not multiple actions. Communicating the observable action allowed the recipient to respond to the feedback more accurately.

Here’s how the exchange of feedback went:

I described an observable action directly and pleasantly (Rule 2 & 5):

“When you come into the office, and you don’t communicate with anyone, or you don’t acknowledge anyone else…”

I moved to communicate the outcome of the observable action (Rule 3):

Note: The description of the outcome may differ for the same exact behavior depending on the individual receiving feedback. For example, a “people-person” may understand your feedback better if you relate to how their actions hurt team morale. Meanwhile, feedback has more impact for a “task-oriented person” if framed by communicating how their actions increase team friction and delays a project.

“It makes people feel like they aren’t a part of the team”.

Lastly, I give the recipient the responsibility to decide how they should respond or change their action to feedback (Rule 4):

“Can you do something about it?”.

With regard to this scenario, I provided continuous feedback over the course of 6-9 months in different areas, but the developer decided to move on from my company. He made an effort to make changes, but he had been burnt out by previous managers, and couldn’t commit to improving. The lesson here is that even with well-defined and consistent feedback, it ultimately comes down to a recipient’s buy-in.

If you’ve never given feedback before, start with an introductory statement about why and how you will start giving feedback. The last thing you want to do is suddenly start with multiple feedback points a day. I would then begin with positive feedback and be transparent about where your feedback methods are coming from. Feel free to share your resources for your style of feedback, as it helps provide your team with context.

With that being said, let’s dive into building a feedback culture on your team.

Aside from the five rules mentioned earlier, there are other variables to consider when building a feedback culture within your team. I recommend you start by sharing these general guidelines to promote healthy feedback between teams, peers, and departments.

Our feedback, in general, should be:

Maintaining a list of general feedback guidelines helps keep your team on the same page. With feedback expectations set early, you can start building on that foundation.

If your team isn’t used to feedback, it can be jarring for the team to dive into a weekly cadence of feedback suddenly. With any new process or recommendation, it’s best to ease into the culture of feedback by following these steps:

Just do it. As managers, we are accustomed to looking for defects, but people should mostly do good work (otherwise why did you hire them?)  If we only focus on the negative, people are less likely to respond, improve their performance, and continue what they are doing well.

Lastly, our job is not to look for blemishes but to promote success. It’s highly unproductive not to provide positive feedback, as you won’t build trust between you and your teams.

Let’s start with the tone of voice and emotion. My tone of voice between negative and positive feedback has the same tone. By treating both types of feedback the same, there’s an underlying communication that positive and negative feedback are not emotionally charged but grounded in action.

When feedback doesn’t work, don’t bother arguing. When people are defensive during feedback, they won’t change their behavior because they’re arguing over whether the feedback is valid. I usually take the stance of saying, “maybe I misunderstood the situation.” When you give people the same type of feedback multiple times, there comes the point where they can’t argue.

What happens when feedback doesn’t work?

Suppose feedback isn’t accepted and the behavior persists over time. In that case, feedback should have a more serious nature and communicate that if the recipient cannot accept feedback, we can no longer work together, and we as managers expect that to change. Fast. This type of feedback should rarely come but is important and should not be avoided.

I had a circumstance where I had to be more firm about feedback because I’ve noticed the behavior multiple times. I had two different scenarios where I initiated the conversation with, “I don't like this conversation, this isn’t an ordinary circumstance, but I need you to change your behavior. I’m expecting significant changes starting now, and I’m willing to help guide you in the right direction.”

One person responded with, “You know, you’re right. I accept the feedback,” and they made an effort to change their behavior.

The other person responded with, “No, I won’t change my behavior.” In that case, the employee had to be let go. Remember that this happens on rare occasions and should only occur if all other methods have been exhausted.

When it comes to text feedback, I usually give feedback with some type of smiley face or “grimacing face” to lighten the feedback and add a different dimension to the text. Emojis can express negative feedback so that you’re not trying to make a big deal. This advice is more intuitive as the emoji has to match your tone behind the feedback. Like verbal conversations, describe the behavior, describe the content you observed, and provide some feedback to change it.

It’s a team effort to create better growth and performance for the team. Giving the best feedback can feel intimidating, but overthinking the right tone, cause, and delivery doesn’t always bring better results. From my experience, I’ve found it better to give more feedback that’s less thought out because overthought feedback becomes less casual or less relevant when too much time passes.

Lastly, keep track of the feedback you provide with a date and topic of feedback. Keep things simple and have your process. Don’t worry about a fancier process or tool if it changes your feedback framework. I use my one-on-one notes or apple notes if it’s a more casual moment of feedback, while text feedback over messages also acts as my repository. As you build a catalog of feedback scenarios, you’ll notice your progress in improving feedback and have a helpful storage of information handling various scenarios. Let me know what pieces of advice helped you the most and what feedback tips you’ve learned over the years. Talk soon. 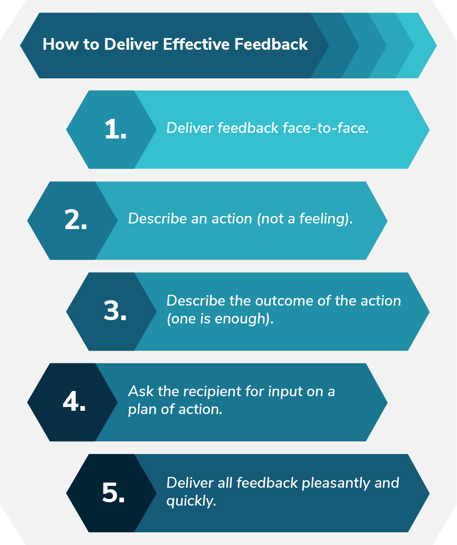 How I built a framework to measure engineering team health

As a software engineer turned founder, I am passionate about ensuring that developers are technically equipped. Here are the critical areas of focus...